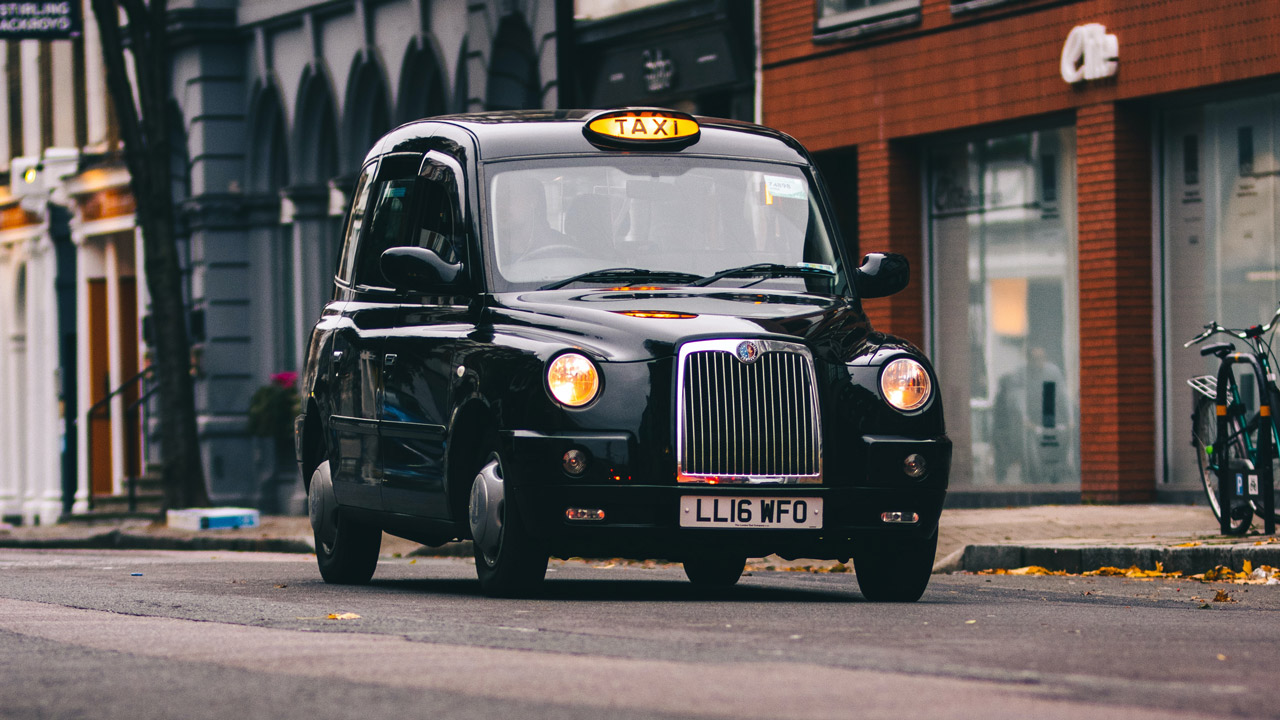 So, having been alerted to the Tfl Every Journey Matters Seminar by the ITA’s Tommy Parry, I duly emailed the contact and registered a couple of weeks ago. I’d seen nothing apart from Tommy’s post afterwards, no mention of it by anyone else, so at the demo last Wednesday I had a quick chat with London Taxi Radio’s Sean Paul Day to mention it to him, as it was happening the following day (Thursday).

He (Sean) registered that evening and we subsequently both turned up on Thursday, Sean accompanied by Mirna, at the City, University of London Tait Building just behind the Goswell Road.

I had expected or anticipated a decent attendance, especially as both Anne McNeel, a non-exec director on TfL’s Board and Natasha Healey, TfL’s head of assisted transport were listed on the flyers.

So, I was little surprised to find that alongside those two – Shaun and Mirna and myself from London Taxi PR (LTPR), just 3 other people were in attendance, one from Cross Rail, another from the disability charity Scope and an independent. A little sparse I thought?

The headline for the seminar had been, Every Journey Matters, Making London Transport more accessible for Disabled People.

Anne McNeel gave the only presentation for the seminar, which kicked off at just after 1pm and was over by not long after 2.15pm.

The seminar didn’t bode well in terms of being shall we say Taxi-friendly, as the first slide of Anne’s presentation (see attached link below) showed Tfl stating they are responsible for keeping London Moving, everything from buses to trams to river to underground, but no mention of Taxis! The only 100% fully wheelchair accessible vehicles and you’ve left them off!!

Anne then went on to inform how Tfl were delivering the Mayor’s Transport Strategy (that old chestnut again!), and that 80% of all journeys would be made by sustainable transport by 2041. It currently stands at 64% today. Again, no mention of Taxis by the way.

“We want to improve public transport accessibility for everyone” the next slide and Anne declared. A more reliable and convenient service for older and disabled Londoners. Here we go I thought, we will definitely get a mention here. No! All about underground overground wombling free on trams and DLR.

Then we went on to buses. How some 8,000 are all accessible. All the time I’m thinking, but Taxis are the ONLY 100% fully wheelchair accessible vehicles, they provide the only door to door service, you are on slide 9 and you haven’t even mentioned them!!

So apparently buses are going to have all their bus drivers trained as Dementia Friends by 2022. Really?? But something I noted for the Taxi profession to pick up on. I did also question at the time whether each driver/bus would indicate they were a Dementia Friend by a badge or sticker, and this was met with surprise and an indication seemingly that they wouldn’t.

Again, a note for the Taxi profession to maybe seize on a further inclusive opportunity.

So, we get to slide 11, bear in mind Anne had 17 on her presentation in total, and finally, finally, Taxis get a mention! Yay!!

“All licensed taxis are wheelchair-accessible with many offering wheelchair ramps, an intermediate step and swivel seats”. Yes indeed. No mention of the door to door transport though or being fully inclusive to all.

But then in slide 12, we do get a mention under Taxicard as a door to door service provider. Now under this, it was indicated, “We have launched a joint identity for initiatives piloting innovation or integration”. When I questioned Anne and Natasha on this, they said this referred to a new contract started in April this year, to which there had already been issues. When I asked who this was the answer was, City Fleet.

There followed more blurb about how Tfl and their staff both help and offer advice on modes of travel and are providing disability training to staff etc. and are currently promoting ‘Priority Seat Week’ with a badge which was given away at the seminar.

Finally, Anne concluded and opened the floor to questions!

All the slides used from the seminar are in this link tfl-diversity-inclusion-seminar-june-19-copy.pdf

You may well have heard, or seen the dialogue that followed on London Taxi Radio, London Taxi PR’s Twitter feed and TaxiLeaks etc. If not, I am sure the link will be connected to this blog. Its well worth a listen as both Sean and myself hit Anne with both barrels on the lack of dialogue and engagement by Tfl with anyone from the Taxi profession; that fact that many roads in London are now being denied access by London Taxis; the fact that also several major bus lanes are also preventing Taxis from accessing them, be it via Tfl or a London Council’s judgement; the fact that as Taxis are the only 100% fully wheelchair accessible vehicles it was imperative for them to go kerbside to both pick up and drop off Taxi passengers, but especially those who have any form of disability. All of this was relayed by both of us to both Anne and Natasha.

We (LTPR and London Taxi Radio) said that only by attending events such as these is the only way the Taxi profession CAN engage and get their point across to hopefully the right people or at least someone who will feed it along the food chain that the Taxi profession is suffering, is being ignored, is having roads/streets and bus lane access taken away and all the while no one from TfL will have a dialogue/engage or say exactly why.

I think we took them by surprise to say the least, and I am sure there were some interesting calls or chats back to TfL

We shall see but we keep fighting on!