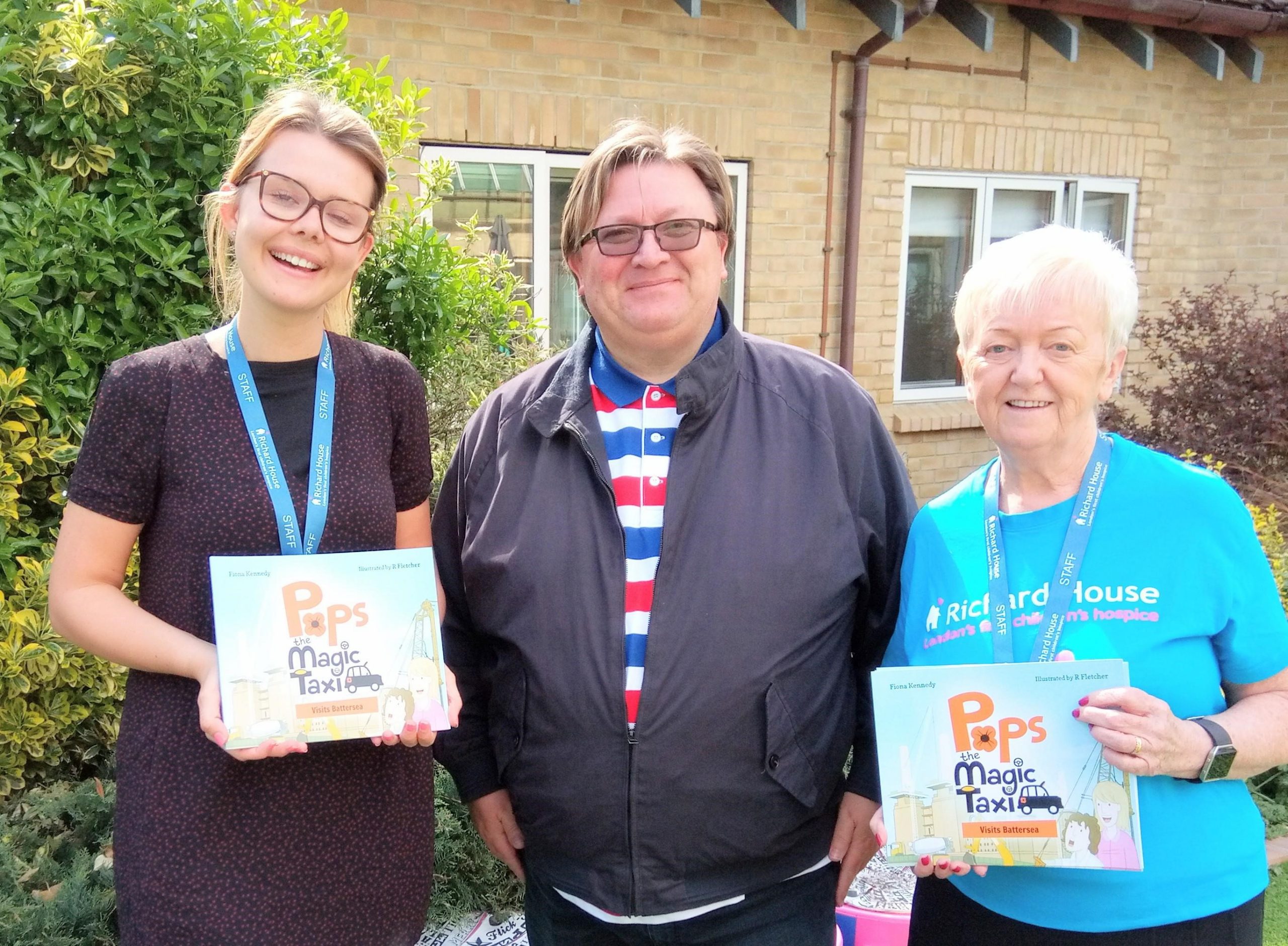 London Taxi PR (LTPR), an organisation which represents the interests of the Licensed London Taxi profession, has made a generous donation of a number of books about Pops the Magic Taxi to Richard House, London’s first children’sHospice, based in East London.

The donation of books, which will be for the children to read and also for a forthcoming summer fair at Richard House, was presented by London Taxi PR’s PR & Communications head, Andy Scott to Gaby Brown, Corporate Partnerships Manager at Richard House.

Pops the Magic Taxi is a children’s book about Pops, a magical Taxi that can not only talk, but also has the ability to travel back through time. It was written by a Taxi driver, Fiona Kennedy. The book involves Pops visiting Battersea Power Station, tohelp rescue a runaway dog.

London Taxi PR decided to make the donation of the books having heard about the great work that Richard House does in providing essential care and support for life-limited children and their families at their East London base.

Opened in 2000 and founded by Anthea Hare, Richard House was London’s first children’s hospice, and cares for over 300 children from around London. www.richardhouse.org.uk

For information about Pops the Magic Taxi and how to obtain copies, visit: www.popsthemagictaxi.com